Something I’ve learned is that people will be angry, rude and hate you just because they’re not happy with where they are at in their life. Don’t take it personal because it reveals who they are, not who you are.

I heard a wise personal development story. It was about a man who had a list of every reason why he wasn’t where he wanted to be in life. Literally everything and everyone you can think of was on that list. His favorite was the government.

One day he shared his list with his mentor. After he read it, the mentor said, “You’re missing one!” The man tried hard the next few days to come up with what was missing. He was scratching his head because he already named everyone and everything.

What could be missing? Could it be his neighbor? After all, he wouldn’t lend him some money, and that made him mad. It was driving the man crazy not to figure out the one missing thing.

Mentor:     Now go home and change the list to why you’re not where you want to be. Maybe start with anger.

The man went home and wrote down all the reasons why he wasn’t happy with himself and where he was in life. He dug deep and found out he was the real reason. It was his mindset. So next, he found out that fear, insecurities, and a lack of confidence were at the top of his list. He wrote out a plan and actions he could take to make a change.

He is now the most successful man you would know, because he came to conclusion he was his own worst enemy and holding his own self back.

How do you feel after reading this?

I think we can all relate with this story if we are honest with ourselves. At times it is easier to blame and point the finger than to take responsibility for our own outcome.

This is a mentality called entitlement. It is a nasty attitude that creates conflict and hostility. It is rooted in selfishness. Self-pitty and tantrums are displayed when things don’t go our way, or we bully, hate others when they don’t give us what we want.

The reality is, we are where we are in life today because of the choices we’ve made. If we are not happy, the solution is to change.

So, the first step is to stop crying over the past, stop regretting all the time you’ve lost, and rather look at all the time that is left. Return to God, repent, believe He wants to restore you and be grateful for it. Become accountable and responsible for your thoughts, your feelings and your actions.

You alone create your own future and happiness. The choice is yours. Don’t tell me I don’t understand the depth of your troubles and pain. I know what it is to suffer, to be alone and not understood. I know how it feels to be sorry for myself, to envy others, to cry how unfair life is. But I also know how to get up, shake myself from the dust, fight the good fight and resist the attacks of the devil. There are plenty of people who went through the same things as you and even worse! They made a decision to come out, to fight and they are now successful, happy and favored.

The good news is as a child of God, you are blessed. This means He wants you to be happy, favored, successful and restored. With all the tools and promises He left you (His Word which is His will), you can overcome everything that comes your way. You have what it takes!!

“Happy (blessed, considered fortunate, to be admired) is the man who finds (skillful and godly) wisdom, and

the man who gains understanding and insight (learning from God’s word and life’s experiences) –Prov. 3:13

“Remember the Lord your God. He is the one who gives you power to be successful, in order

to fulfill the covenant He confirmed to your ancestors with an oath” -Deuteronomy 8:18

“The blessing of the Lord makes a person rich, and he adds no sorrow with it” -Proverbs 10:22

“The thief (Satan) does not come except to steal, and to kill, and to destroy. I (Jesus) have come that they

may have life, and that they may have it more abundantly” -John 10:10

“If you want it bad enough you’ll make it happen. If you not, you’ll make excuses”. –Cassey Ho 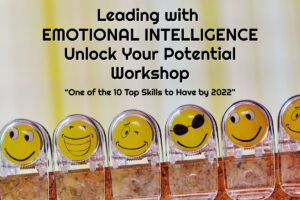 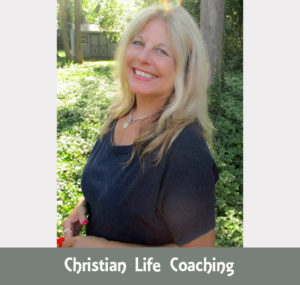 Have you ever sat down and thought about your life values and decided what you really want? 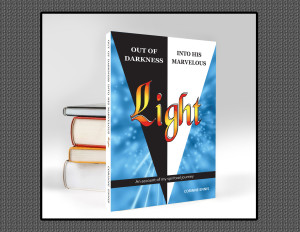 OUT OF DARKNESS INTO HIS MARVELOUS LIGHT

This book is written for all those who have lost hope, who are misunderstood or suffer in silence because they fear no one will understand the unusual darkness they encounter in order to find freedom and inner peace.

“Guard your heart above all else, for it determines the course of your life” Proverb 4:23 NLT